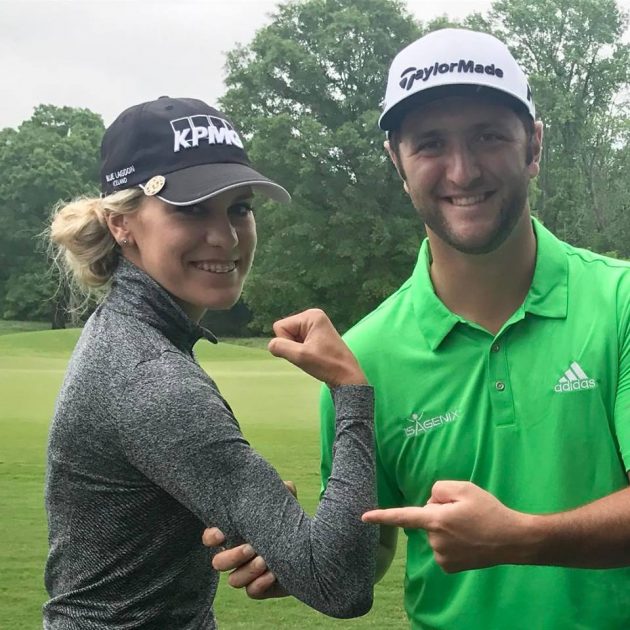 „We both got guns Jon Rahm”

That was on „the Golden Bear´s” (Jack Nicklaus) birthday and Rahm thereby knocked Jordan Spieth out of the no 2 seat on the owgr list.

One of Rahm’s sponsors is KPMG who also sponsors Ólafía Þórunn and the two met at a „get together” on behalf of KPMG.

Ólafía Þórunn posted a photo taken of the two on that occasion on her website and next to the photo she wrote: 💪 We both got guns @jonrahm!!!