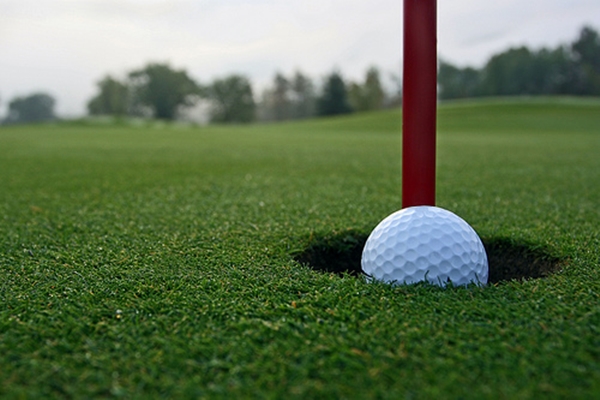 An ace in Iceland – History of the Einherja Club

When one gets an ace (hole in one) in Iceland most will report it to the Einherja Club in Iceland, to become members of that distinguished club.

One has to register the hole in one on the internet on the following website: http://einherjaklubburinn.net

The Einherja Club keeps track of how many Icelanders get an ace on Iceland´s golfcourses.

The following information are taken from the Clubs website.

“Only less than 1% achieve a hole in one in Iceland on a yearly basis. Looking at the statistic from the beginning approximately 2800 aces have been recorded in Iceland.

The par-3 6th hole on Korpa (4th course of the Golf Club of Reykjavík) is the hole where aces have been achieved the most frequent in the past 10 years.

The 17th in Grafarholt (1st course of the Golf Club of Reykjavík) and „Bergvik” – i.e. the 3rd hole on the Holmscourse in Leira in Keflavík seem to be the holes where the least chances are of getting a hole in one.

Only 3 Icelanders have gotten a hole in one more than 5 times.

From may through august 2017 67 Icelanders got a hole in one. Five of these golfers got their holes in one on the Hvaleyrar course of Golf Club Keilir in Hafnarfjörður.

History of the Einherja Club
Golf came to Iceland in 1930. The first golf course in Iceland was in an area where now Iceland´s biggest swimming pool is located and the Championship footballfield in the valley of pools (Laugardalur).

That old course opened with pomp and circumstance on May 12th 1935.
In those days the golfcourse probably was considered fine, but the 23 golfers, who played golf in Iceland at that time had to play close to grazing sheep and cows, because the course was part of farmland. But on that golfcourse the first golf tournament in Iceland took place and all the golfers in Iceland (i.e. all 23 of them) took part.

No one managed to get að hole in one and 4 years passed until the first golfer in Iceland garnered an ace. That was the MD Halldór Hansen. The first ace in Iceland came on a beautiful summers day in 1939 on the only course in Iceland at that time, where now the shopping mall Kringlan is and other structures.

There is no racount of aces since then; people don´t seem to have made much fuzz of it, except within the group of players, where the ace came.

On October 17th 1967 a group og golfers, who all had in common to have gotten an ace decided to establish a club of people having gotten an ace.

In the paper establishing the Club it says:
„These members have all gotten a hole in one and two of the have gotten an ace twice. The puropse of the establishment to get everyone to join who have achieved an ace. Most of those who have gotten an ace are already members of the “Bols Hole In One Club“ which is in the Netherlands, and awards everyone who has gotten an ace.

The first Chairman of the Einherja Club was Páll Ásgeir Tryggvason. The next one was Sigurjón Hallbjörnsson and in 1975 it was announced that Kjartan L. Pálsson would become the next chairman since he was the one having gotten an ace most often of Icelanders or 6 times.
Since 2008 the Einherja Club has been supervised by the Golf Union of Iceland and its current chairman is Guðmundur Óskarsson.