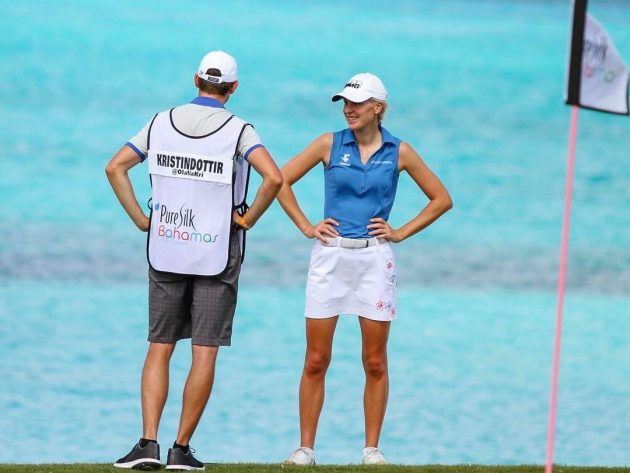 The tournament took place on January 25th-28th on the Ocean golfcourse in Nassau, Bahamas.

All in all Ólafía Þórunn finished the Pure Silk tournament with a total of 1 under par, 218 strokes (77 73 68) and had a shared 26th place along with: Sweden´s Pernilla Lindberg, Mirim Lee from South-Korea and Solheim Cup players Charley Hull from Team Europe and Ryann O´Toole from Team US.

Ólafía Þórunn’s game continued to improve as the tournament progressed, in line with the improvement of weather, but there were strong winds in Nassau, this year so the tournament was shortened to a 54-hole tournament.

Last year the Pure Silk was Ólafía Þórunn´s first tournament on the LPGA and she made the cut and finished T-69.

This year she played so much better, despite windy weather.